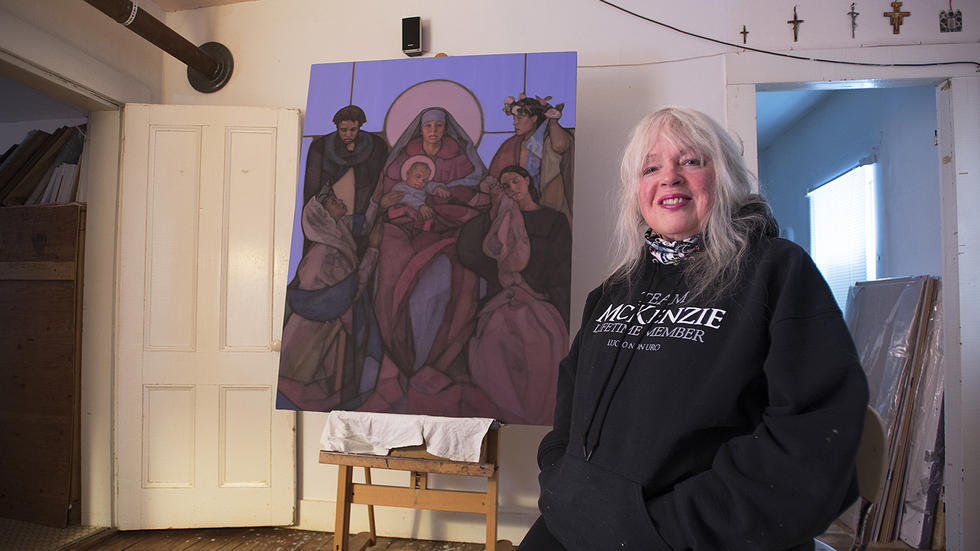 The Divine Journey: A Painter's Mission

In 2016, McKenzie was commissioned by Harvard Memorial Church to create a painting for the renovated student and common space on the ground level of the historic church. The painting, “The Divine Journey – The Companions of Love and Hope” is the result of more than six months of work in her small studio in Vermont’s Northeast Kingdom. The documentary, shot over the course of three months, focuses on McKenzie’s monastic life in rural Vermont and her creative mission to expand the palette of diversity in sacred art. The film also looks at some of the struggles and controversy she has encountered in her artistic pursuit as well as the creation of her latest work. By using the forms of women and people of color McKenzie is expanding the diversity of culture, race and gender into the iconography of religious art historically dominated by images of males and light skin.

Chickens in the Mist

Concert Under the Stars

Little Women: Behind the Scenes

A beautiful piece of writing from my talented wife

Happy birthday to my Cosmic son! Your mom and I wi

Special day at Harvard, the day we celebrated alum

An impression of a Minuteman beginning his hour-lo

I notice all about her every day! I celebrate her

Copyright 2022
You can enable/disable right clicking from Theme Options and customize this message too.